“You can discover more about a person in an hour of play than in a year of conversation.”  ~ Plato ~

Five of us sat down to a friendly game of “Mexican Train” this past weekend.  With each round, a new pattern was formed.  It’s fun to see where each player will place their next domino piece. 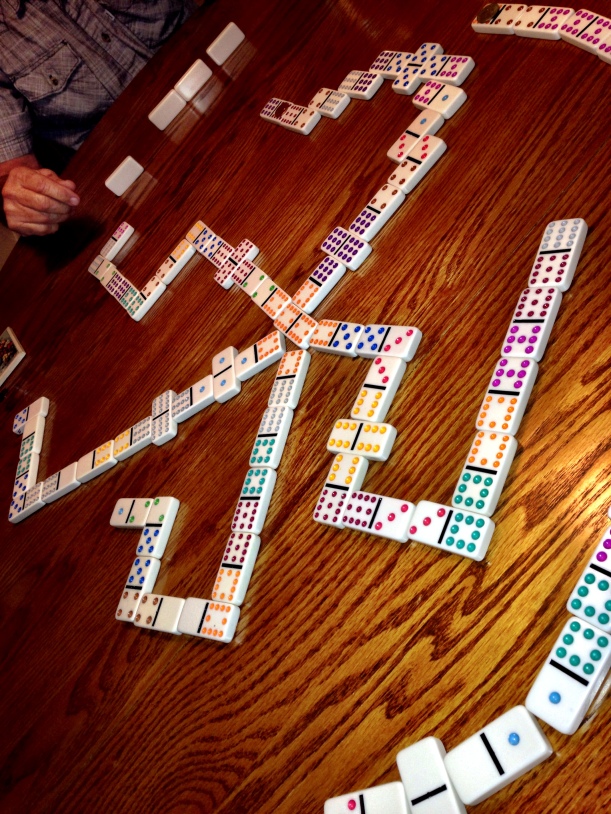 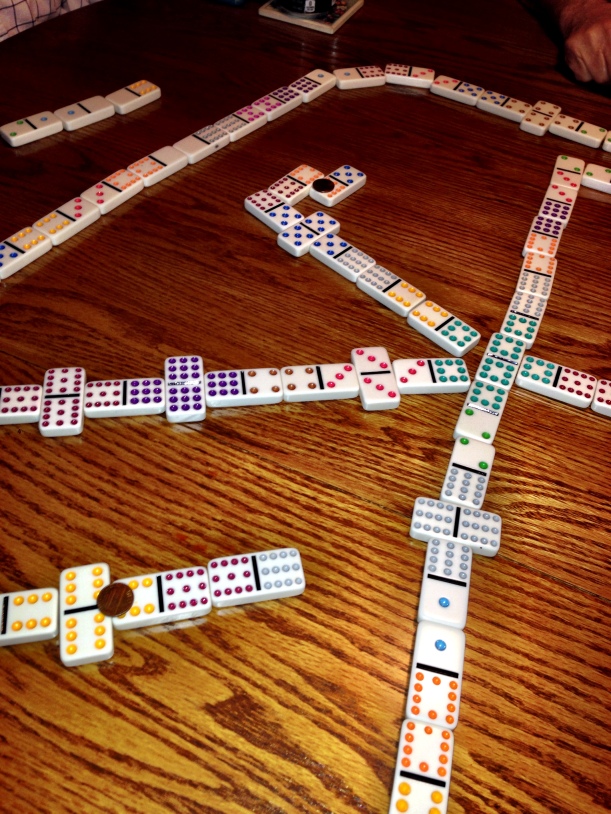 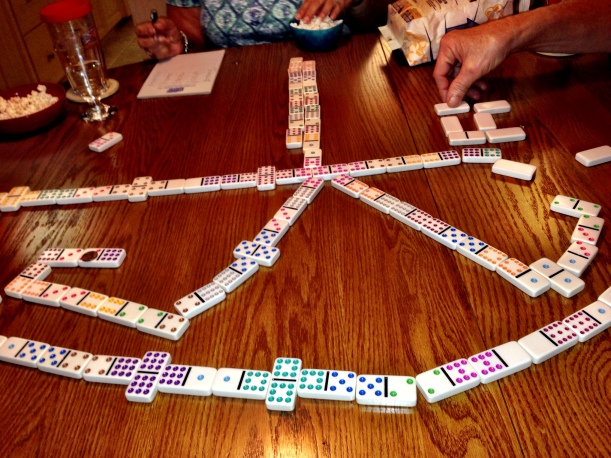 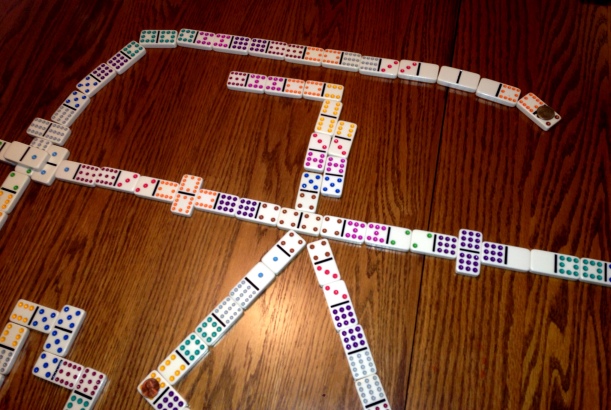 Mexican Train is a simple domino game that can be enjoyed by a group. It follows the same basic rules of play as most domino games, with dominoes being placed end to end with matching halves touching each other.

There are slight variations to the rules – but we go by “House Rules.”  That is where the game is explained and whoever hosts the game at their house can decide what rules are acceptable.

To set up the game, the dominoes are placed face down and mixed in the center of the table.  Players draw enough tiles to evenly deplete the pile.  In a game using a Double 12 set of dominoes, the first round is the “round of 12,” and the player holding the double 12 domino plays it in the center. Each player will build their own train from this hub.  Subsequent rounds decrease in number, so the second round will be started with the double 11 domino.

If there were extra dominoes after each player had drawn an equal number of dominoes to start, whoever had the twelve in this first round would draw a replacement domino and then take the first turn.  Continuing clockwise, each player takes a turn to form a train as long as possible from the center toward himself. Dominoes are played end to end in a single line, with the first domino played matching the number on the center domino.

On subsequent turns,  each player may play one domino from their hand onto either their own train or the special Mexican Train, which is marked with the one unique marker and follows the same rules of play as the individual trains. If a player cannot play a domino, a marker is placed on their train, signifying that it is “open” for other players to play on. The marker is to remain until the player can place a domino on their own train on a later turn.

When a player plays a Double, they get an extra turn.  A domino can then be placed on the double or on another train.  If the player is not able to follow up with the extra turn, then they must put a marker on their train.

When one player has played all of his dominoes, the round is over. All players must now count the number of “pips” on the dominoes remaining in their hands;  this is their score for the round.  After all the rounds have been completed, the player with the lowest score wins. 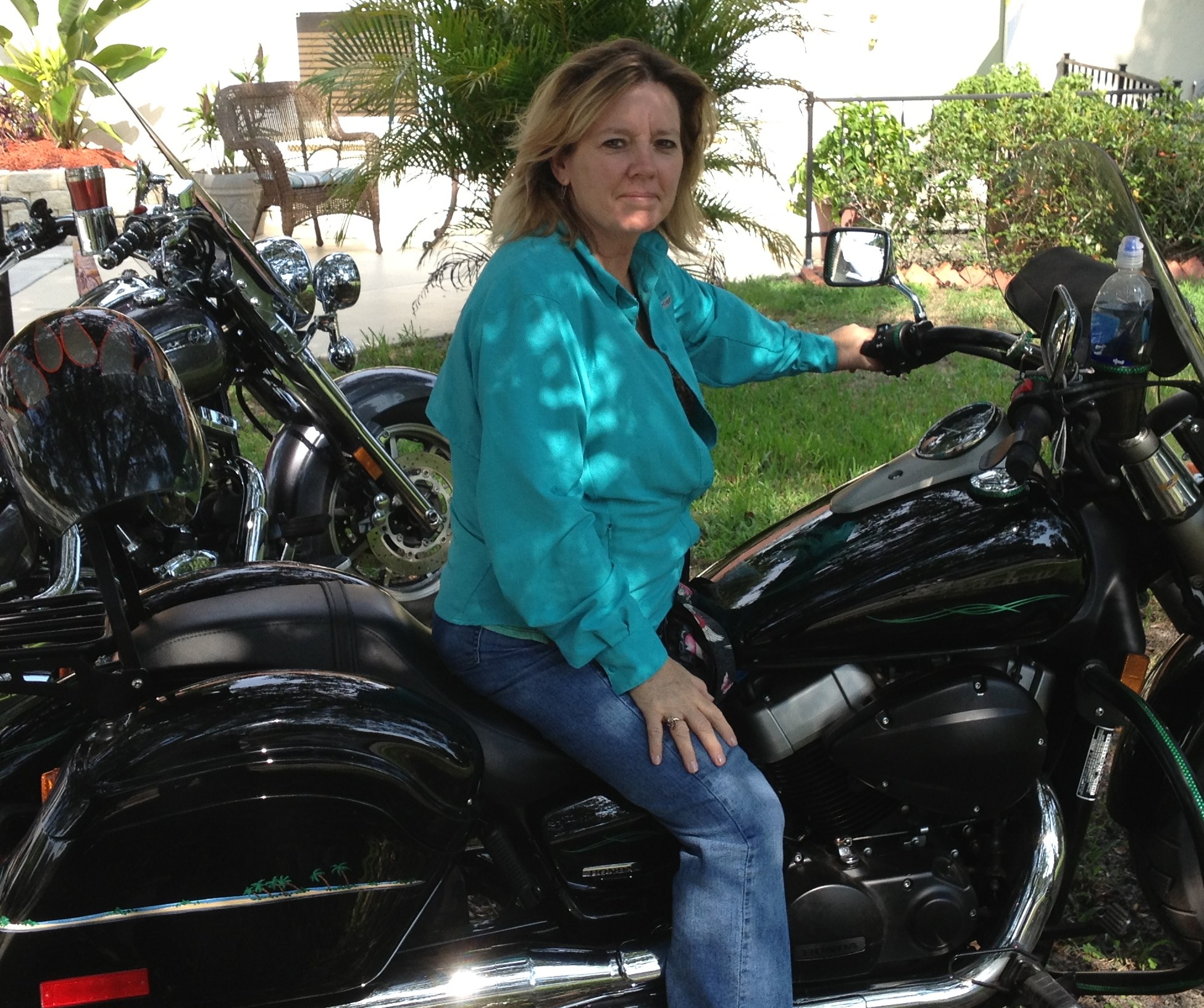