“The picks and mauls are silent now at Government Island.  Gone are the muscled laborers who quarried the rock.  Gone, too, are the masted ships that carried it north.  Government Island is quiet now overgrown with oaks and maples and sticker bushes.  Only the silent stones say that this was once the nation’s most famous quarry.”

My grandson was given a fishing pole by his younger brother on his 3rd birthday, so  the next day an outing was planned to put it to use.  After we parked at Government Island in Stafford County, Va, we walked the trail to Aquia Creek.

The trip was a success.  The boys learned how to bait a hook with a live worm …

And how to net a fish once it is caught … 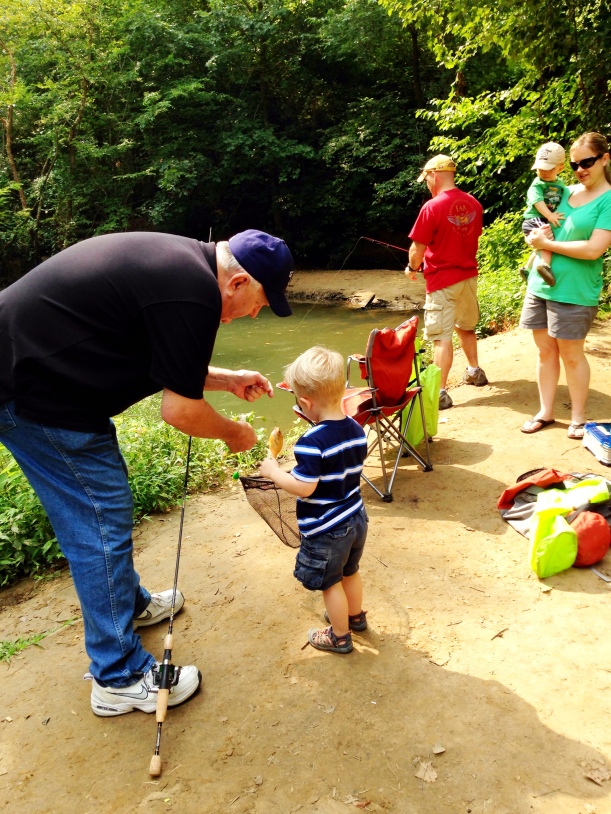 But fishing can only hold toddlers’ attention for so long and they were off exploring the trail again. 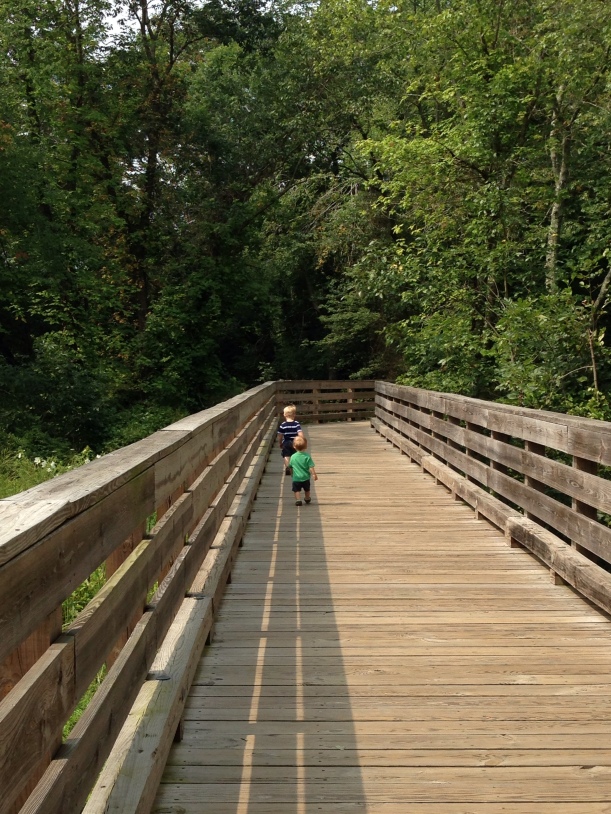 I learned quite a bit about this site from signs posted at the entry.  Government Island is a 17-acre historic site. Stone was quarried from this site as early as 1694 for use as architectural trim in Colonial America. The quarry’s fine-grained sandstone was called Aguia stone, due to its location along the Aquia Creek, or freestone, for its ability to be freely carved without splitting. The stone from this quarry was a desirable building material for its composition as well as its beautiful white color. The federal government bought this island in 1791 for the purpose of constructing the President’s house (later known as the White House) and the United States Capitol.  Government Island sandstone was also used for door and window trim, foundations, grave markers, churches, plantation homes, and other prominent buildings.  Extensive quantities of freestone were extracted from this site from 1791 through the 1820’s.   George Mason and George Washington were two of the quarry’s most prominent clients.  Government Island is now a Stafford County park and is listed on the National Register of Historic Places.